I never thought much about money before the age of 13. I never felt poor, but I didn’t feel I could have everything I wanted. I had enough to feel grateful. Whatever money I’d acquire, I’d save for my birthday. My brother and I have birthdays 10 days a part. I’d save for my party and he’d get bend out of shape thinking I’m always getting a party because I’m special. Hell yeah I was, but I got parties because I saved for them and he didn’t. That was my experience with money.

Insert America, described as a land of monetary opportunity, but we say “American dream” instead. A lot of immigrants are pumped up with pressure of overachieving the status quo. It’s usually not just for their own advancement, but they’re passively and aggressively pushed to help create the monetary dreams and meet the basic needs of their family back in their homeland. Whatever my American dreams were got lost when I began to understand money from a key influencer. I went from hopeful, superheroine dreams of being an author to believing I needed to do another job with a stable income stream to appease my family. 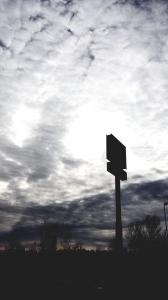 This is the unfiltered truth. My father showed his love through money. I understand why and I sympathize. He did the best he could with what he knew. Whenever I needed anything money related, he gave me a hard time. I was consistently labeled ungrateful. This became the version of money that’s perpetuated my life for 15+ years. I lived from a place of lack. I stopped asking him for anything I didn’t need for school. I got a lot of push back for needing basics like clothes. So, I stopped asking all together. When I used to make an allowance for grades (which stopped a year after I got to America because I started making A’s too much – let’s face it) or holidays, I hoarded it. This became my idea of saving. I never felt there was enough for me, so I had to take care of myself whenever I did have any because who’d take care of me?

I’ve always had sympathetic and kind people who were generous with money around me. I wish I took on their generosity at the time, but I didn’t take these lessons. My sister has always given freely, but because of how I started to see money, I felt I’d never be able to repay her. This overwhelmed me consistently. I was too concerned about saving that I was thoughtless about matching her generosity any other way.

I stayed with a friend from college who also gave freely and again I was struck. I focused on saving for myself and wasn’t always thoughtful. My friends in college were more gracious than I, though we were all living off a meager budget. My father expected me to use the money I made as a kid and twenty something from work study for my all my needs. I’m sure I’ll never hear the end of how much he paid for my college, what he’s given over the teenage years, and how much it took to bring me to America. Forever indebted.

I didn’t want to be defined by money this way so I decided to join AmeriCorp. I’d focus more on helping people than money. I made almost $800 a month and had $200 in food stamps. After rent, I had $300 for gas, insurance, food, fun, etc. I still managed to save a little each time. I wanted to be poor so no one could expect anything from me. No one did because they knew I made barely anything. I felt safe. And I lived with this little money without debt.

Eventually I got a job that paid well. I saved everything I could, which came in handy when I was jobless for a summer, which bled me dry. I had to ask for [rent] money for the first time since adulthood. I asked the only person who I knew wouldn’t give me shit for it. Regardless, I began accumulating debt and it terrified me. That’s when I moved in with my sister. Then the old feelings and habits about money came back. I had a hard time finding a job that involved the career I wanted. When I did find one, the pay was good but the hours weren’t. I didn’t want to leave the job even though I hated it. I never had job troubles before and I felt I had to stick it out to make money. 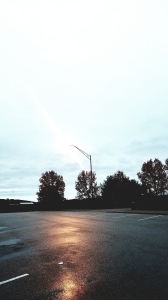 I had also moved in with my sister on the idea I’d go to grad school. When I realized grad school would cost $50k in debt, I broke. I saw my life tethered endlessly to debt and I refused it. It was no investment to do a job that was not my dream but a monetary opportunity. I also felt inadequate for not being one of those immigrants overworking themselves to send almost their entire paycheck back home. I never got there. It hurt that my childhood family stopped talking to me once they realized I had no money to give. Or maybe they just got busy with their lives…

I’ve had debt for 2 years. That’s not bad for the average American but it was not good to me. It’s haunted me to feel so exposed, lacking, and chained. I hate the idea of owing money. Last year I cleared all my credit card debt but fell into it again this year. I took a lot of risks to create the life I want to lead through investments. Eventually it’s led me here and once again I’ll be able to free myself. The woman who’s training me has been beyond generous. The day I’m writing this, she tipped the waitress all her change and I threw in $2 even though I had an extra $5. She was extra generous because the meal was free but she’s always kind. I went to the bathroom and it hit me I’ve become this bad. I felt my lack and fears holding me from being unconditional. I had to start being better right then.

My life partner has been impressing upon me to not live or give from a place of lack or it’ll never return to me. We took financial risks because I needed to unlearn what I believed about money. Without his generous spirit as well, I’d still be hoarding – I mean saving. If I want to be self sustaining, this is how I start. I remember the moment I was scared into doubting my generosity because people could take advantage of me. I wasn’t always like this and I don’t want to stay this way. My debt was my lack finally pushing against me to be better, to be who I used to be. So, I went back to the restaurant and gave the waitress the $5. It felt like I was finally breaking through, giving not from the lacking place I learned, but from the abundant me I am becoming.